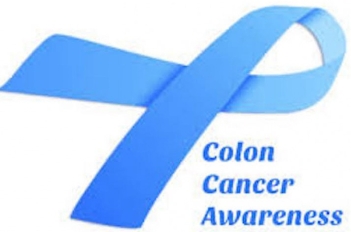 I have lived in Inland Empire County since 1994 and was born in Orange and lived in Fullerton, California most of my early years before joining Marines from 1967 to 1971 where I was a Vietnam Veteran.

Hi my name is Thomas Franklin. Ratley Jr. and I am 69 year old Vietnam Veteran that served his country as a Marine from 1967 to 1971.  During that time I was in Camp Jejeune in North Carolina from 1968 which I was exposed to Contaminated Water.  As well when I was in Vietnam I was exposed to Agent Orange.  In December 2015 I was diagnosed with Stage 2 Colon Cancer.  April 2016 I was operated on to cut out the mass growth of the Cancer that was growing in my Colon.  During which my the Surgeon did a biopsy to take out and test my closes Lymph Nodes to where the mass growth of the Cancer was in my colon which turned out 1 of 17 Lymph Nodes was contaminated with Cancer Cells. This put me in Stage 3 Cancer.  From July 2016 to December 2016 I had 6 months of Chemotherapy.  On November 30, 2017 I had another colonoscopy test which contained 6 pulps was cut and taken out of my colon during the test. A biopsy was done on the 6 pulps taken out of my colon.  On December 15, 2017 Arrowhead Regional Medical Clinic notified me that the 6 pulps were benign and my blood test came out with good number too keeping me in remission.  Unfortunately due to the fact I continued to have growth in my colon Arrowhead Regional Medical Clinic will continue to treat and tested me every 3 months until I have a clean colonoscopy test next year in November 2018.

We have been hurt dramatically financially which is a big Financial Hardship for my Family of 3 plus a dog name Iris.  Especial since diagnosed with Colon Cancer Stage 3 since 2015. Do to all this high stress right now my Wife Tammy Ratley second time catching Bell Palsy.  I have continued to write the White House about mine and my Wife’s issues with both Agencies. Even though the White House did send letter out to both Agencies to assist us in our claims it still in continued in disputes.

Since I am currently in remission and not terminal the Cancer Foundations do not have any funds available to support my Make My Wish As A Cancer Patient.  This is why I have chosen to “Make My Wish As a Cancer Patient that I am able to talk to The President, Donald J. Trump for his support and help regarding my Medical Disabilities Service Related Claims as a Veteran and helping my wife with her Medical Claims with The Social Security Administration Office. The President ran on helping more support of Veterans and Medical disabilities for all Americans in the United States of America.

As well as I am asking everyone on all social media to let me know if they are able to reach The President, Donald J. Trump or know of any friends or relatives that can reach the President as well to pass on my phone number 909-225-7833 for the President to contact me by phone. Plus I am doing a Cancer Fundraiser and asking can anyone please Help and Donate to my Cancer Fundraiser to Help us out under a Financial Hardship until I am able to reach the President of the United States about helping out with awarding our Medical Claims that is almost 4 years for me and going on 3 years for my Wife.

Right now we are behind in rent and will lose our Apartment in Riverside, CA soon if we do not come up with $2,000.00 to bring us current.  This will leave my Family of Three plus a Dog Homeless. My 2001 vehicle is breaking down and I can’t pass smog and my Tags have expired and I can’t renew my tags due to not passing smog because they can’t find the part that can fix the issues. My 2001 vehicle model is no longer manufactured by Isuzu.  I know I take the risk every day that a police officer can pull me over and take my vehicle for expired tags.  So I only use my vehicle for Doctors and Grocery trips only. These are the type of Financial Hardship we are experiencing that’s why I have ask for Help in a Temporary Cancer Fundraiser and in my Main Goal in Reaching, The President Donald J. Trump.

God Bless anyone that can Help Us!!!!